Pay to attack yourself, but it's great if you know in advance what you will be attacked.

A penetration test (pen test) is an authorized simulated attack performed on a computer system to evaluate its security. Penetration testers use the same tools, techniques, and processes as attackers to find and demonstrate the business impacts of weaknesses in a system.

What are the benefits of penetration testing?

Pen testing can help an organization

Depending on the goals of a pen test, testers are given varying degrees of information about, or access to, the target system.

What are the phases of pen testing?

Pen testers simulate attacks by motivated adversaries. To do this, they typically follow a plan that includes the following steps:

What are the pros and cons of pen testing? 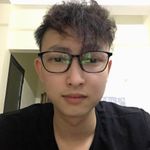